If you live in New York City, you’ve definitely seen the Hadad trailers around the city.

If you’ve visited New York City, you’ve probably seen them too. These trailers occupy blocks and blocks of space. Why? To film TV and movies which is a major revenue for the city.

In the last week, there have been signs like these: 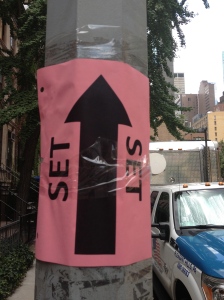 Trailers were set up on my street this past week said this: 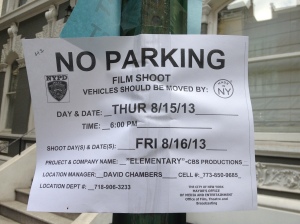 Other shows and movies filming in the neighborhood: Squirrel to Nuts featuring Jennifer Aniston, White Collar, The Good Wife, and a couple others I can’t think of right now. So that means guaranteed celeb sightings? Not always.

But of course, when you least expect to see someone in the business, you will.

Today the four took the bus down to the East River Ferry terminal at E. 34th Street to venture over to Williamsburg for the Flea. As we were waiting to board the ferry, the arrivals were disembarking and out first was Toni Collette and her daughter. 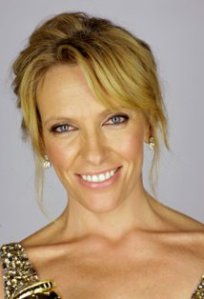 They were in a hurry, hence no pic. Sorry.

Other celebs I’ve seen in the past, in no particular order – A-listers to D-listers: 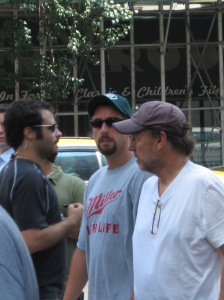 Keep your eyes peeled, you never know who you will see!