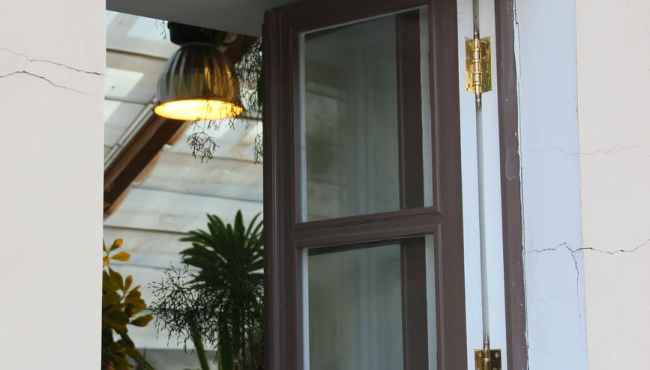 If you read my post from the start of May called Spider in Shower, you might like to have a read of this story called “Bat in Apartment”. Maybe you notice a theme…

Last night, after hours of sitting in basically the same place working on our laptops in front of the TV, we had a friend pop out of the shadows and flap around the apartment. Where he was lurking and waiting for the right moment to make his entrance, we will never know.

Our little bat friend, Batty, made his presence known for 60-90 seconds, I’d say. He started swooping in circles quite suddenly, as a bat would do I assume, without me even realizing.

Then Brett’s comment came. Something like, “holy crap there’s a bat in here.” Just like that. Remaining seated, same spot. I, on the other hand, laid on the floor. Thank goodness for high ceilings – however they weren’t high even because I wanted to get under the floor, which of course, was not possible. Not the best way to take care of a bat – laying on the floor while it swoops around the living area!

So Brett calmly watched the swooping, saying that it was okay that Batty was flying erratically about because he would in fact, get tired. Nonsense! Bats don’t get tired! They chase mozzies to eat, they don’t get tired. But we don’t have mozzies so I figured Batty would be going for my hair soon! And if he did get tired, where would he go? Back to his hiding spot we know nothing about? Hell no!

So meanwhile, I took action. (Meanwhile = simultaneously in a matter of seconds). I got up from the floor but stayed low and crawled to open the patio door – the only place this little guy could have come from earlier in the day when the door was open. Unless of course he had been living with us for weeks and snuck out to do his flying around the apartment every night having fun eating up the geckos….

So anyway, in a matter of seconds, Batty found his way back out the patio door – confirming he had to have come from that way because he knew exactly where to go. Smartass bat. Why didn’t you just ask me to open the door instead of flapping around all crazy?